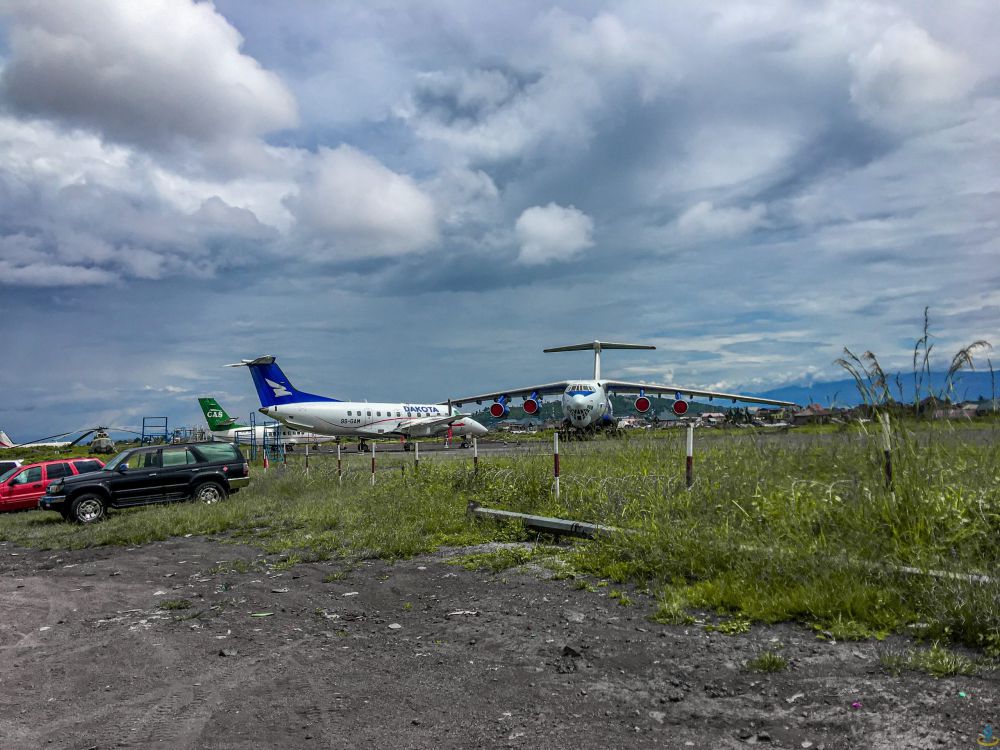 Goma International Airport was established in 1976 with a runway of 3000m long. The airport, being a transit area for minerals and tourists, has largely contributed to the development  of the city to what it is today. The 1977 Nyiragongo eruption did not destroy the airport which remained in use for only local flights. However, the 2002 volcanic eruption seriously damaged the airport reducing it to 1,500 meters. In attempt to keeping it open for business the Government invested in renovating it to 2,000 meters in 2015, a year in which it also received its first international commercial flight, Ethiopian Airlines.

Before that, the short runway and lack of adequate instruments largely contributed to a number of crashes. Some planes ended their journey  in the city, others in the lava to the north. The city by itself has a record of air crash than in the whole of DRC. Besides, wars are also among main factors that nourished the state of abandonment of the Goma Airport as visitors will witness it.  In 2018, the Airport has been equipped with beacons to accommodate night flights.

Recently, in July 2020, the last 1,000 meters of renovation were completed, bringing it to the  initial 3,000 meters as requires international standards. Now, it  welcomes all type of planes. For instance, on July 17, 2020, a Boeing 777 direct from Karachi landed in Goma bringing UN peacekeeping soldiers.

Do you want to go behind the scenes at Goma Airport? A guided tour is one solution. During the visits, you will discover all the most interesting parts of the third most dynamic airport of the D.R. of Congo, and importantly the Goma Abandoned Airport to witness how these old flying birds are actually servicing and dormitory and houses.

An expert guide is going to take you on an inside trip for one to two hours through the fascinating world of the airport and aviation in general. The group registers as passengers, will go through a passport / identity and security check, then find out what is going on inside and behind the scenes of Goma Airport. The tour includes:

Note: It is better to be aware that it is for Airport Authorities  to fix the starting time. An early booking will highly be appreciated.

30 Minutes Before Tour Starts,Pick up Point to be Determined

Guests will be picked from a place we will agree. This may be the border Grande Barière, Hotel or Guest House, or from any Public Place. Guests will be transferred to the Airport for the Tour. Transport: Moto or vehicle on their convenience.

After passing the security check, the group is going to visit the check-in counters, companies, tour operators.

The next step will be the passport or ID control and head to the Boarding Lounge for short briefing of the process till departure of passengers.

Of course, a number of people has traveled using planes, but few are those who knows about how an Airport Traffic Control Tower operates. Not only that guests will have to discover the used instruments, but also will learn how pilots communicate with air traffic controllers. If lucky, we may assist to a guidance of a landing or departing plane.

This is an unmatched experience to witness how the 2002 Nyiragongo Eruption destroyed the airport and how it was enlarged. An opportunity to also experience a landing and take of process. Who would not love seeing a plane putting its wheels down?

Board a plane on parking. This will be an other interesting part for visitors to know exactly what happens in a cockpit during flight process.

This is a great highlight of the tour. The volcanic eruptions, several air crashes, as well as repeated wars have put the airport in state of abandonment. This experience takes guests to all old and abandoned planes, a learning opportunity of history behind each of them. Mainly how these old flying birds are now servicing as dormitory and houses in a such protect area.

It's for Guests to decide where to spend the last 15 minutes. They have the option of visiting the aircraft hangars and the airport fire brigade installations, the rest of the Airport services, or driving on the runway with their own vehicle (Contact us in advance for this service. It has a specific price). 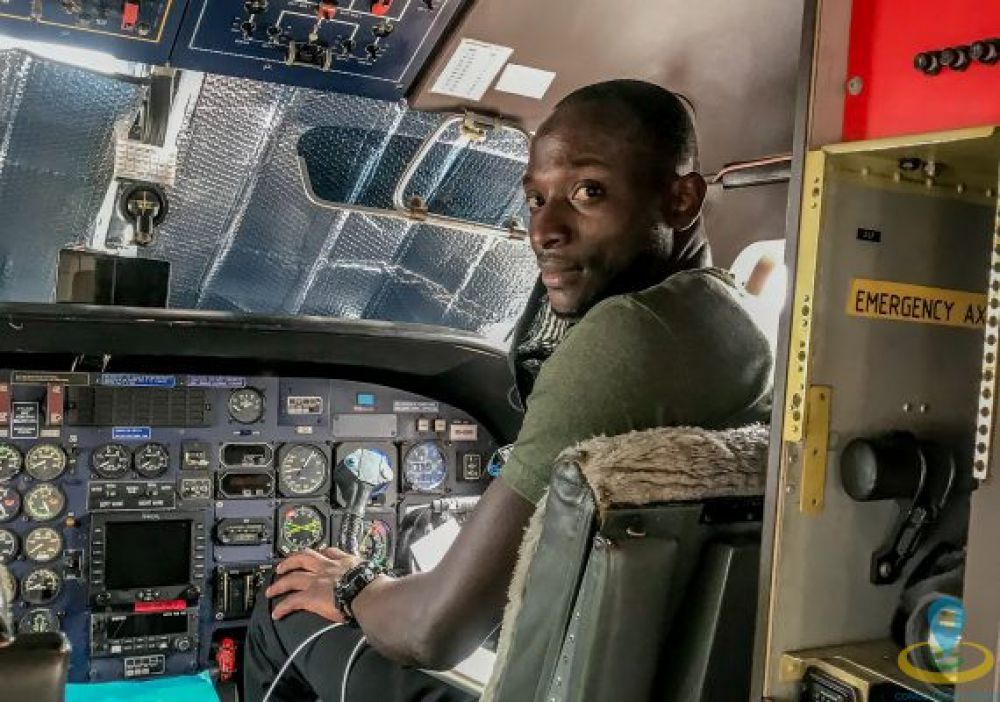 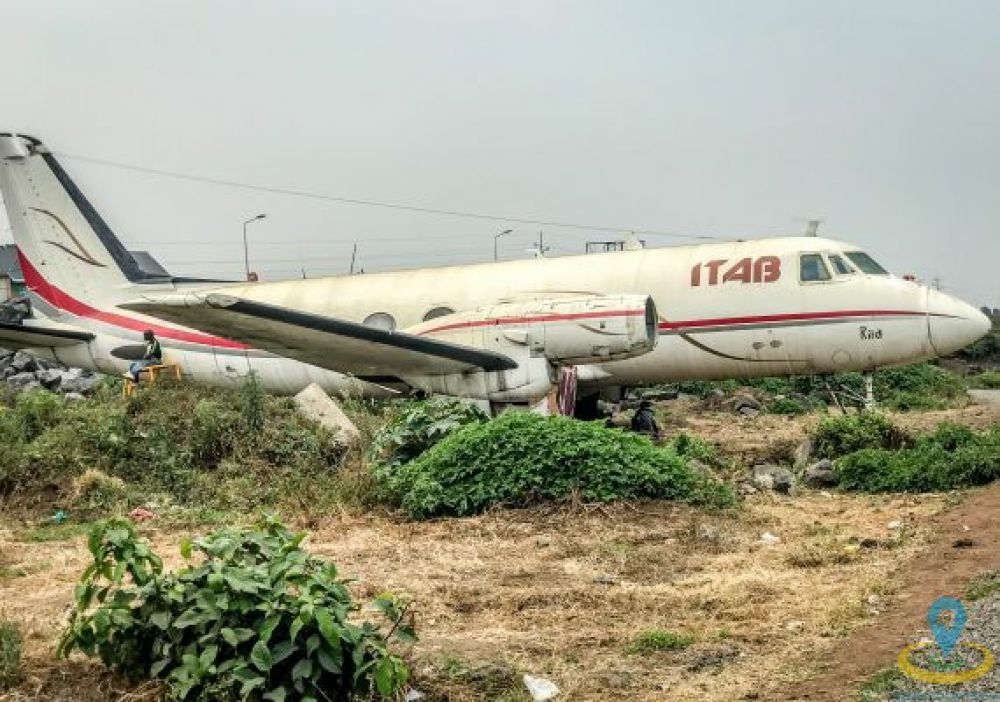 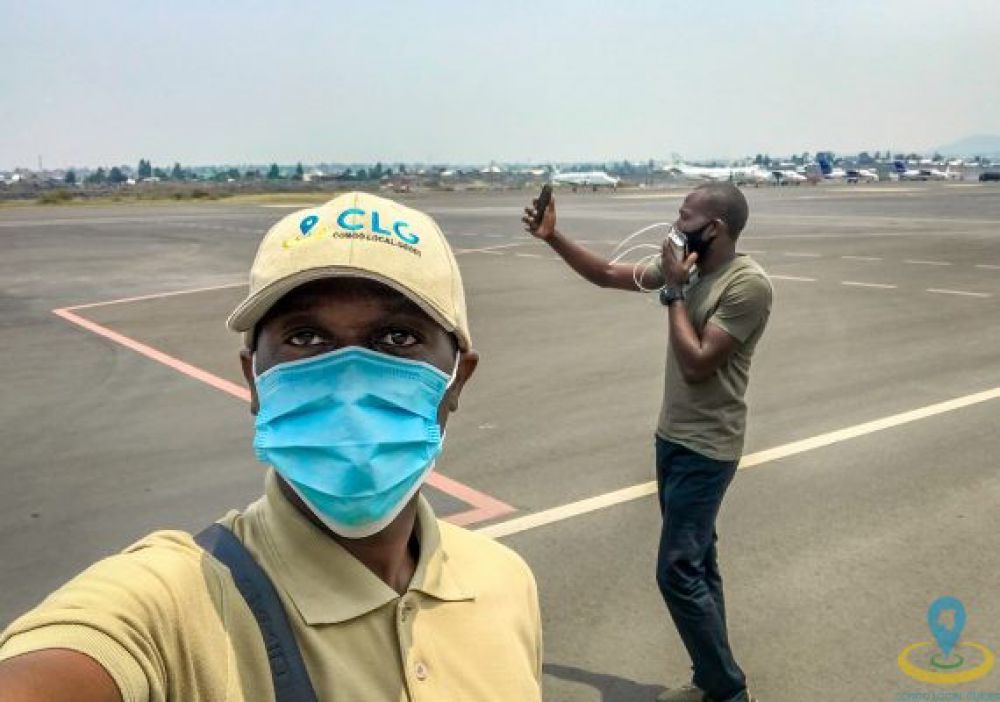 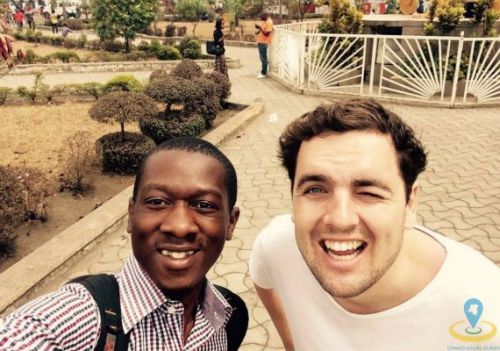